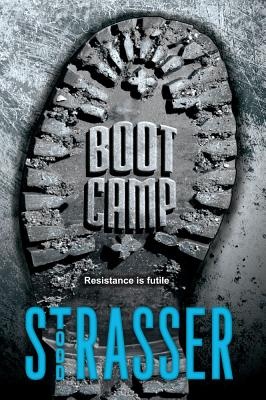 You don’t get out by giving them what you think they want. You don’t get out until you are what they want. In the middle of the night Garrett is taken from his home to Harmony Lake, a boot camp for troubled teens. Maybe some kids deserve to be sent there, but Garrett knows he doesn’t. Subjected to brutal physical and psychological abuse, he tries to fight back, but the battle is futile. He won’t be allowed to leave until he’s admitted his “mistakes” and conformed to Harmony Lake’s standards of behaviour. And there’s no way to fake it. Beaten, humiliated, and stripped of his pride, Garrett’s spirit is slowly ebbing away. Then he hears whispers of an escape plot. It’s incredibly risky – if he’s caught, the consequences will be unthinkable – but it may be his only way out.