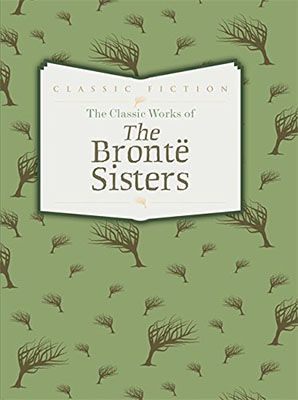 This collection brings together three pieces of work that, incredibly, were all published within a single year. That Jane Eyre (Charlotte), Wuthering Heights (Emily) and Agnes Grey (Anne), works of such lasting quality, were produced in such a short space of time is incredible enough: that it was all the output of three sisters living straitened lives in a lonely Yorkshire village was extraordinary. The story of the Bronte sisters is surely unique in literary history. Here were three girls who spent the greater part of their tragically brief lives in an austere, isolated parsonage on the Yorkshire moors. Their contacts with the outside world were brief and often unhappy, they fought a continual, hopeless battle against failing health, yet their combined willpower, energy and talent resulted in a stream of letters, stories, poems and novels, including two undoubted masterpieces, Jane Eyre and Wuthering Heights. The three novels in this volume form a representative cross-section of their mature work. The most famous of them, Jane Eyre, is a deeply-felt, passionate story, based in part on Charlotte's personal experiences, strong in situation and characterisation.Wuthering Heights, Emily's only prose work, though bitterly attacked in its day, is recognised today as one of the greatest of English romantic novels. It is a powerful and imaginative tale with marvellous descriptions of the wild beauty of the moors. Agnes Grey, by the youngest sister Anne, is a moving and simply written story of a governess's life, again based on her own unhappy experiences.