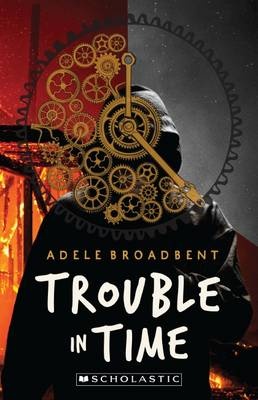 Twelve year old Ben Jackson resents being thrown out of his room to sleep in a shabby caravan when his Mum's Poppa, George, comes to stay. Ben finds his great grandfather sullen and grouchy, while 91 year old George thinks Ben spends too much time on the computer. At first, the generation gap seems impossible to bridge - until the unthinkable happens. Ben is thrown back into 1934 with George (as a boy) in his home town of Marshville. By sheer chance, Ben discovers the way back to the present day, his mind spinning at what has happened. But Poppa doesn't acknowledge that anything's happened. As a result of troubles with his friend Zac, and Poppa's silence, Ben becomes confused and angry and risks travelling back to 1934 again. This time, however, he is quickly under suspicion back in Marshville, while Zac is in grave danger back home, and their lives are under threat. It is up to Ben to save his great grandfather...and their future.