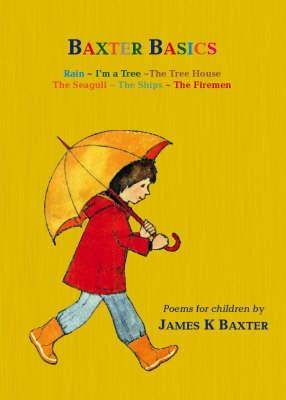 In 1954 James K Baxter became a teacher and began writing poems for children. Here for the first time in one volume are the Baxter Basics - a New Zealand classic. Baxter Basics were originally published in 1979 as six poems in separate booklets: Rain, I├ó┬Ç┬om a Tree, The Tree House, The Seagull, The Ships and The Firemen. They remain some of the finest examples of children's poetry produced in this country. With their delightful original illustrations by the celebrated Lynley Dodd, Judith Trevelyan, Dawn Johnston and Ernest Papps this volume is a must have for kiwi kids and adults alike.