Conquering Everest: The Lives of Edmund Hillary and Tenzing Norgay 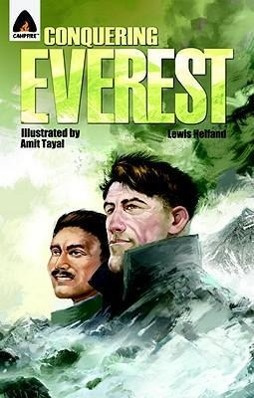 Tenzing Norgay was the son of poor Tibetan immigrants living in Nepal. He longed to see the world but was told he could aspire to be little more than a servant. Edmund Hillary was a humble beekeeper from New Zealand, who spent his youth dreaming of adventures he could never hope to experience.

And Everest was the ultimate adventure. The mountain's peak is the highest point on Earth, stretching beyond the clouds. So dangerous and challenging, Everest had never been successfully climbed and many had died trying. In 1953, Tenzing Norgay and Edmund Hillary joined a team of explorers determined to reach its top.

Alone at the top of the world with their oxygen running low, they faced brutal elements and new dangers at every turn. And they were armed with little more than their courage, determination, and a belief in each other. But would that be enough to achieve the impossible, what no man had done before?