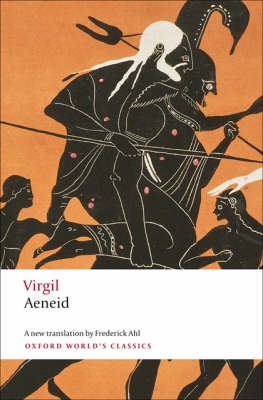 The supreme Roman epic and the greatest poem in Latin, the Aeneid  has inspired many of the great European poets including Dante and Milton.  The Trojan hero Aeneas, after surviving the sack of Troy, makes his way to the West, urged on by benevolent deities and following a destiny laid down by Jupiter, but harassed and impeded by the goddess Juno. He wins his way to Italy despite many trials, of which the greatest is the tragic outcome of his love affair with Dido, Queen of Carthage.  In Italy Aeneas visits the world of the dead, and is forced to wage a fearful war with the indigenous Italian tribes before he can found his city and open the history of Rome.  The Aeneid survives as a poem not only of Roman imperialism but also of the whole world of human passion, duty and suffering. ABOUT THE SERIES: For over 100 years Oxford World's Classics has made available the widest range of literature from around the globe.Each affordable volume reflects Oxford's commitment to scholarship, providing the most accurate text plus a wealth of other valuable features, including expert introductions by leading authorities, helpful notes to clarify the text, up-to-date bibliographies for further study, and much more.