World War One: The Global Revolution 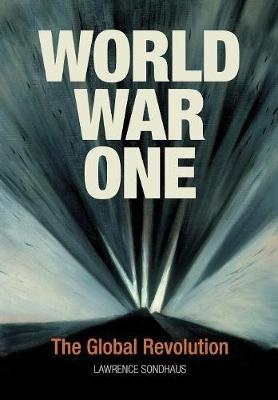 World War One was the cause, catalyst, trigger and accelerator of revolutionary change on an unprecedented scale. This is an indispensable new introduction to the global history of the conflict and its revolutionary consequences from the war's origins to the making of peace and across all of its theatres, including the home fronts and the war at sea. Lawrence Sondhaus sets out a new framework for understanding key themes such as the war aims which inspired the belligerents, the technological developments that made the war so deadly for those in uniform, and the revolutionary pressures that led to the collapse of the Romanov, Habsburg and Ottoman empires. He also highlights the war's transformative effects on societal norms and attitudes, gender and labour relations, and international trade and finance. The accessible narrative is supported by chronologies, personal accounts, guides to key controversies and debates, and numerous maps and photographs.