Revolutions and the Revolutionary Tradition: In the West 1560-1991 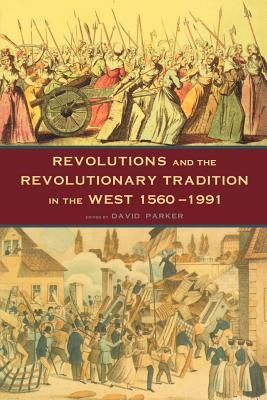 Revolutions presents eight European case studies, including the English revolution of 1649, the French Revolution and the recent revolutions within the Soviet Union and Eastern Europe (1989-1991) and examines them not only in their specific political, economic and social contexts, but also as part of the wider European revolutionary tradition. A chapter on the American Revolution is also included as a revolution which grew out of European expansionist and political culture. Revolutions brings together leading writers on  European history, who make a major contribution to the controversial debate on the role of revolution in the development of European history. Revolutions is a truly comparative book which includes discussion on each of the following  key themes:  * the causes of revolution, including the importance of political, social and economic factors * the  effects of political and philosophical ideas on the revolution  * the form and process of a revolution, including the importance of violence and popular support  * the outcome of revolution, both short-term and long-term  * the way revolution is viewed in history particularly since the collapse of Communism in Europe.As well as providing new historical perspectives on the concept of revolution, this book also provides a comparative survey of all the major revolutions in the West over the past 400 years. Revolutions will be essential reading for students and scholars alike. Colin Bonwick, John Breuilly, Robert V. Daniels, Dick Geary, Roger Griffin, Ann Hughes, Gwynne Lewis, Maureen Perrie, W. A. Speck, Marjolein t'Hart, C.J. Wrigley

Notify Me When Back In Stock