Relentless: A Story of Grit and Endurance from the First Person to Kayak the Tasman Solo 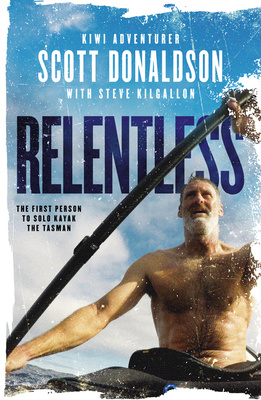 The story of Scott Donaldson's relentless journey to be the first person to cross the Tasman sea solo in a kayak Unpredictable and unforgiving, the Tasman Sea is one of the most hostile stretches of water in the world. An Australian adventurer attempted to kayak across in 2007, disappearing without a trace. In 2018 Kiwi adventurer Scott Donaldson spent two months alone at sea to achieve a world first. It was his third attempt, having fallen a heartbreaking 80 kilometres short in 2014. Donaldson's world first is an inspirational story of bottomless endurance, dogged perseverance and true Kiwi grit. 'There are some accomplishments that are difficult to fathom - like crossing the Tasman solo in a kayak. I'm pretty sure Scott Donaldson has stunned us all. Truly amazing.' - Jacinda Ardern