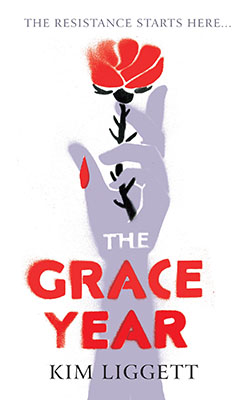 The resistance starts here... No one speaks of the grace year.It's forbidden.We're told we have the power to lure grown men from their beds, make boys lose their minds, and drive the wives mad with jealousy. That's why we're banished for our sixteenth year, to release our magic into the wild before we're allowed to return to civilization.But I don't feel powerful.I don't feel magical.Tierney James lives in an isolated village where girls are banished at sixteen to the northern forest to brave the wilderness - and each other - for a year. They must rid themselves of their dangerous magic before returning purified and ready to marry - if they're lucky.It is forbidden to speak of the grace year, but even so every girl knows that the coming year will change them - if they survive it...The Grace Year is The Handmaid's Tale meets Lord of the Flies - a page-turning feminist dystopia about a young woman trapped in an oppressive society, fighting to take control of her own life.